workers of Iran strike, but be innovative and creative

Almost 25 days. An unprecedented uprising has been sparked in Iran after the killing of Mahsa Amini under the brutal treatment of morality police. More brave girls such as Nika Shakarami, Sarina Esmaeilzadeh, and Hadis Najafi are among the death tolls of the Islamic regime during the past 25 days.

Now while many believe that it could be a new Iranian revolution, demands for public strikes amid street protests increased. Going on strike, especially in the transportation and energy industry will definitely break the repression machine of dictatorships, and since the revolutionaries toppled the Pahlavi monarchy by using workers who withheld their labor power (albeit other factors should be considered), they try to curtail any public strike.

So the question is how to design and manage a successful strike to paralyze the government. well, I think it should not be necessarily similar to the 1979 pseudo-revolution. The people and the situations have changed. Generally, Iranians in the ’70s were pampered by Mohammad Reza Shah, looking at Iranian social media in recent years proves this when most people even younger generations wish to get on a time machine and land in a pahlavi-era Iran. In the autumn of 1979, when revolutionaries getting stronger, they did not see any serious actions. They publicly invited people to protests and promoted their Islamic ideas everywhere. Actually, they were a bunch of looters, vandals, and arsonists who accidentally found themselves leading an uprising with no serious crackdown or repression from the government.

Those people were also less educated and more religiously inclined. They listen to and follow clerics not only in religious matters but also nearly many affairs. For example, if one person wanted to go to travel, asked a cleric whether it would be a good decision or not (rather than listening to weather forecasting reports and checking the roads). People were trying to follow Islamic traditions even launching a business, reading a book, eating supper, going out with friends and etc.

But let’s get back to strikes. What I described is the main reason why strikes became successful and weakened the shah. People simply trusted the clerics and because they already used to consult them in many areas of their personal lives, they started massive public protests. On the other side, the shah could not or did not stop strikes and the rest is history…

Right now in 1401, a new generation is at the center of Mahsa Amini’s uprising who is much more educated, connected, and at the same time decentralized with a smart slogan “Woman, Life, Freedom”. But they also have to break the most repressive regime in the world that kills even kids.

As I said we need a strategy to ignite public strikes and it could be more innovative and creative than the revolutionaries (if they had any strategy!) did back in 1979.

while some say that the current uprising in Iran keeps going and reaching its goal even without a public strike, others still think that going on strike is a complementary action to street protests to make this a full-fledging revolution.

The Islamic regime can replace its own workforce when workers in the oil and energy industries leave their work. They already did that during the public bus drivers’ strike and used their own forces in IRGC as drivers to pretend everything is normal. But replacing is not always working, especially in more technical jobs that need to be done by professional workers or employees.

women also play a crucial role in running strikes since this uprising itself was led and continued by women and followed by men. Indeed, a feminist-oriented public strike is very probable. A study showed that during the Arab Spring in Bahrain, women actively participated in strikes more than men so female-centric jobs and industries or even those producing products for women could be the initial targets for beginning strikes in Iran.

another thing is the financial support that should be delivered to those workers, employees, and store owners who are among key players in the market. In a scenario where an anonymous system exists, the people on strike and those who are willing to financially support them will be connected. Moreover, there are supervisors on the system who makes sure a strike period is finished successfully to reduce fraudulent actions in the system. Obviously, fiat money is not safe and possible to be used in these transactions, so stablecoins could do the job. It seems like a blockchain, doesn’t it?

Having designed such a system, there are still problems to address including training people to use the system, implementing the highest security standards, and convincing others to donate money for public strikes in Iran.

We might have the first innovative, decentralized finance solution for going on strikes! for the Iranian revolution and it could be a model for other countries uprisings or we may get to victory without public strikes. Let’s see what is happening. 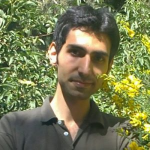